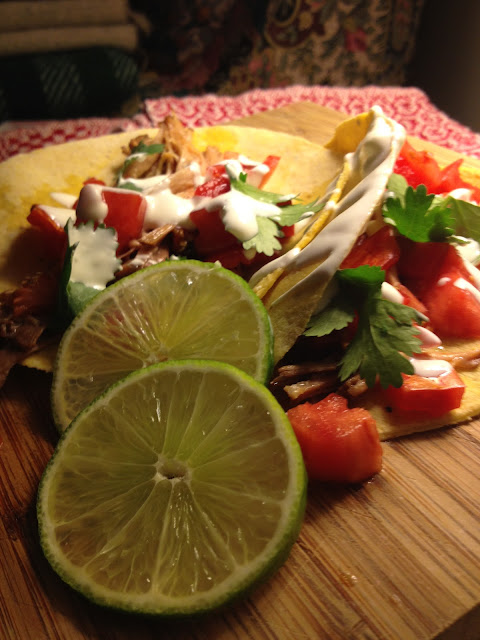 I must confess: Until a few weeks ago when the idea of a fiesta for Sunday Supper was first suggested, I had no idea today is Mexican Independence Day, the day when the Grito de Dolores (Cry of Dolores) was first sounded on September 16, 1810. Now the day is commemorated throughout Mexico with the ringing of bells, singing of the national anthem, and reading of the names of the heroes of the Mexican War of Independence.

My knowledge of Mexico is pretty weird and spotty. I love the great modern painters of Mexico, such as Frida Kahlo, Diego Rivera, and Rufino Tamayo. As an anthropology major in college, one of my favorite teachers specialized in Mexico, so I learned a lot about mestizo and indio cultures, as well as a rather detailed ethnography of a fishing village on the Gulf coast.

Unfortunately, I don't have a lot of firsthand experience of the rich culture of Mexico. I spent half a day in Juarez nearly 20 years ago. What do I have an inkling of is the richness of Mexican culinary heritage. Mexican food culture runs deep. Take something as simple and profound as a corn tortilla, which represents a legacy of transforming a simple wild grass (teosinte) into domestic corn over about ten thousand years. But that's not the whole story of corn, consider also the discovery of using slaked lime to make the nutrients of the corn available for human consumption. Another example of the brilliant, extraordinary food heritage that belongs to all humans. Because of this brilliance and the complex flavors that corn tortillas give to food, I've used corn tortillas here, but feel free to use flour tortillas if you prefer them.

Another nod this recipe makes to the deep and complex history of Mexico (and the Americas in general) is in the use of pork (and well, I just like pork). In some ways, pigs could be the poster child of the Columbian Exchange, which Charles C. Mann describes in his fascinating book, 1493: Uncovering the New World Columbus Created. Pigs were first brought to the Americas by Columbus himself, who had eight pigs on his ship (just in case). However, Hernando de Soto really introduced the pig into the Americas. His original 13 pigs became 700 in just a few years, not counting the escapees that became the feral pigs we still see today.* Sadly, the pigs were probably also one of the most important vectors for the diseases that decimated the Americas and distorted our perception of the level of New World civilization and the number of people who lived here before the arrival of Europeans.

I could probably go on and on about the origins, history, and heritage of the ingredients in this dish, but it would likely get tedious for anyone but the biggest food and history geeks out there. Suffice it to say that just about every food we eat has roots and history and meaning, has a story. It's easy to forget when faced with brightly colored plastic packages in the grocery store that shout "New! New! New!" and sport long lists of unpronouncable words, but not so easy to forget when faced with the dignity and simplicity of a warm tortilla, or the complexity of a mole sauce. At any rate, this recipe is a nod to Mexico and to the Columbian Exchange. I hope you enjoy it. 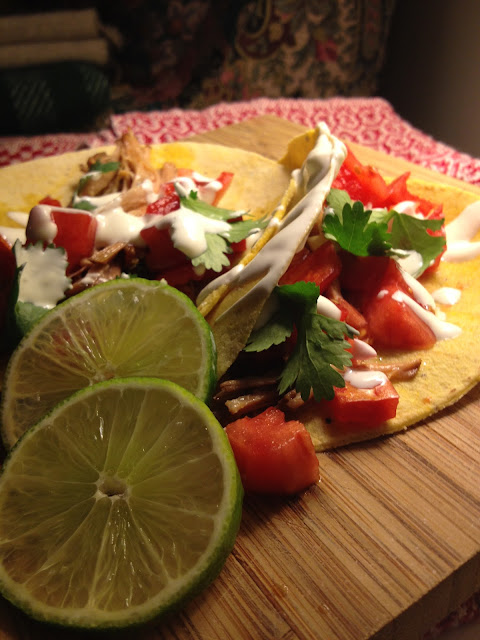 And now that you have some delicious, tasty tacos (if you have any leftover meat, consider making some quesadillas tomorrow, or top a salad), why don't you check out all the wonderful recipes that the Sunday Supper crew is serving up for a Mexican Independence Day fiesta. Also, please share your favorite Mexican and Mexican-inspired recipes during the #SundaySupper chat on Twitter at 7 p.m. Eastern time.