Who, if I cried out, would hear me among the angels'
hierarchies? and even if one of them pressed me
suddenly against his heart: I would be consumed
in that overwhelming existence. For beauty is nothing
but the beginning of terror, which we still are just able to endure,
and we are so awed because it serenely disdains
to annihilate us. Every angel is terrifying. 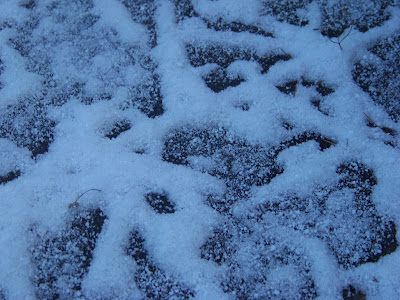 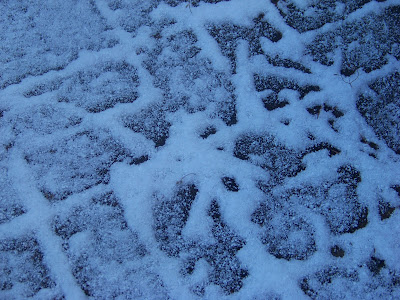 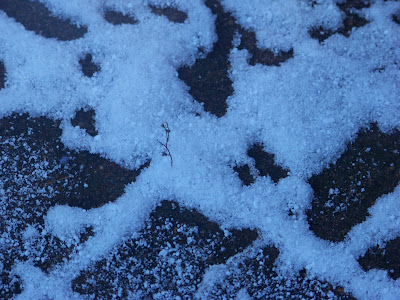 Snow came down last night, leaving pretty patterns on the brick patio in the back yard. A cold, raking wind also scoured the world, now alternately lit too brightly to bear or cast in gray gloom, under scudding clouds. A winter day to burrow into the soul and reflect.

Rilke's poem calls beauty the beginning of terror that we are just able to bear; this terrible beauty is like winter. Winter is the country of sorrow and cold, silent magic. Winter flays us bare as it does the trees. Cold winds scour the soul, exposing rock, snapped branches, the bones of our architecture.

A deep, cold, and savage beauty exists only in winter, but we must have courage to stop and look at it, to let the blinding light fill up the cavities of our eyes and brains, to take in the bleak landscape, stripped to its wild, naked, indifferent truth. We can only bear to look at it for a short time, to allow the terror of beauty to howl over us like a wild windstorm, until it's time to come inside, into the warmth of home and family, and have a bowl of stew.

Beef stew with Guinness and bacon 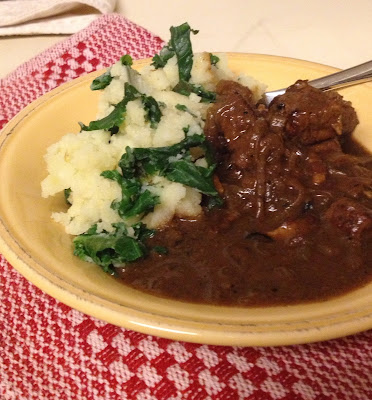 This stew is perfect for a cold winter day. I've slightly adapted the recipe from The Good Housekeeping Illustrated Cookbook's (2) recipe for carbonnades a la flamande. It is rich and hearty and exactly what you want when you are cold and hungry. I served it with some kale-mashed potatoes, but you can serve it over rice, or with noodles, as long as it's something that can soak up the incrediblly rich and delicious gravy. I definitely recommend using grass-fed beef. To find sources, check out Eat Wild, a fantastic source for information about grass-fed meats all over the country.

Pre-heat your oven to 350 degrees (Fahrenheit). In a large frying pan, cook the bacon until it's crispy. Remove the bacon from the pan and put it in a Dutch oven. 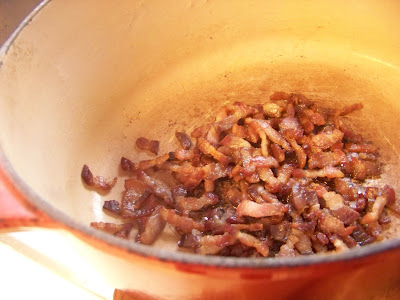 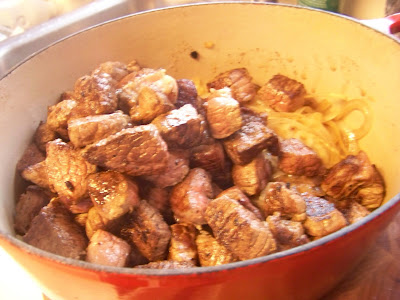 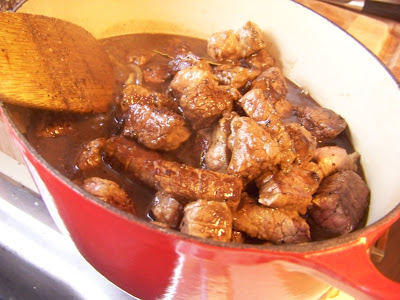